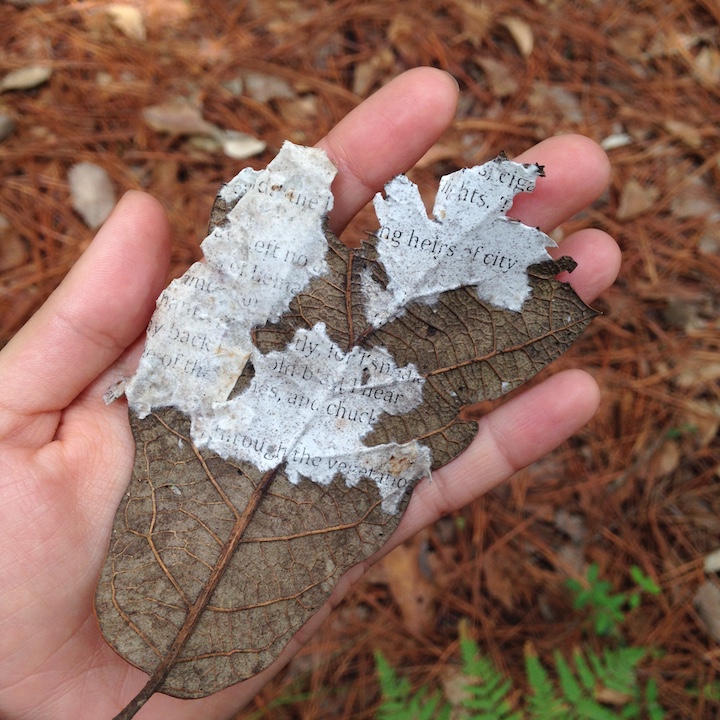 So close, far away

So close, far away presents work by a group of emerging and mid-career artists from Mexico and Chicago who explore the parallels and intersections between art, communication and writing. Organized within the framework of the Lit and Luz Festival, the exhibition brings together the multitude of ways in which poetry, art, and literature manifest in artistic practices.

The exhibition title refers to Chicago and Mexico’s shared history of migration and cultural exchange, and also poses a question about the relationships between writing and art. How close or how far are these two distinct mediums?

Apart from developing videos, performances, paintings or photographs, many of the artists of this show also write. These writings can be legible or illegible, conventional or encrypted, traditional or invented. So close, far away examines the meeting of artist and writer, and the polemic of text vs. image, intentionally obscuring boundaries between disciplines.

Some of the works in this show create an interplay between both the visual and literary realms. In others, images functions as texts and texts functions as images; and, even further, some of them question the fundamental idea that image and texts are separated worlds…

Rather than perpetuate tropes or trends, or attempt to arrive at a definitive resolution, we seek to provide a platform for both the consideration and the formation of new strategies and approaches. How can these visual and literary ways of communication operate? Are they always separated one from another? Where is the limit or the point of encounter between them? The artists in this exhibition address these inquiries, as well as point to further areas for interrogation.

With this dialogue, So close, far away seeks to account for the similarities and differences between the concerns and methods of working by artists in Mexico and Chicago. In an era marked by the rise of nationalism and cultural intolerance, establishing links between the work of emerging artists who have focused on contemporary artistic creation feels crucial. Echoing the student demonstrations that occurred in different parts of the world exactly 50 years ago, we are convinced that poetry and imagination are the first step to break with the established order and begin to conceive of a different kind of world.

Verónica Gerber Bicecci (Mexico City, 1981) is a visual artist who writes. She published the books: Mudanza [Moving Out] and Empty Set, which won the 3rd International Aura Estrada Literature prize and the Otra Mirada Cálamo prize. Some of her last projects in other media are: Migrant Words in Art Association, Jackson Hole, Wyoming; The Speakers No. 2 in Museo Amparo, Puebla; and The amplified void in Casa–Taller José Clemente Orozco, Guadalajara. She is editor at the cooperative Tumbona Ediciones and tutor of the Photography Production Seminar at Centro de la Imagen. To learn more visit: veronicagerberbicecci.net

Alejandra R. Bolaños (Veracruz, 1991). She makes narrations with texts, audios and drawings. Her work is the tool to talk about the Mexican Southeast, through ideas such as invisibility, social protest and the eternal representation of the tropical Nineteenth Century landscape. She studied at Soma México (2018) and currently coordinates the Documentation Center of the Museo Tamayo. Lives and works between Veracruz and Mexico City.

Lucia Hinojosa (Mexico City, 1987) is a visual artist/writer. Her multidisciplinary work explores the intersections between language, the politics of rhythm, and expanded poetry. She holds a degree in Visual & Critical Studies from The School of Visual Arts, and she completed a 2-year program at SOMA in Mexico City. Her work has been exhibited at spaces like Grice Bench Gallery (Los Angeles); Museo Nacional de Arte (Mexico City); Anthology Film Archives (New York); Art & Idea, Goethe Institut (Barcelona); Chalton Gallery (London). In 2013 she co-founded diSONARE, a bilingual editorial project. Her writing has appeared in journals and publications like Dolce Stil Criollo, Antifaz, Hyperallergic and The Brooklyn Rail.

Alejandro Jiménez-Flores (1989) is a Conceptual Artist & Poet. They attained a BFA in Studio Arts from the University of Illinois at Chicago In 2012 & a very minor in Poetry from School of Poetics in Marseille France in 2013 ;). Through a process based conceptual practice, they think, write, & craft about, multiplicities, becomings, de-subjectifications, funny things, & likes using language to assess the limits of semiotics.

Caroline Kent received her MFA from the University of Minnesota, Minneapolis, in 2008, and a BS in Art at Illinois State University, Normal, IL, in 1998. Current and recent exhibitions include How Objects Move through Walls, the inaugural exhibition at co. (Company project space), Minneapolis; Out of Easy Reach, Depaul Art Museum, Chicago, The Union for Contemporary Art, Omaha, NE (2018); Triumph, Chicago (2017); Goldfinch, Chicago (2017); The Suburban, Oak Park, IL (2013); and California African American Museum, Los Angeles (2012). Upcoming projects include solo exhibitions at The College of New Jersey, Ewing Township, NJ and St. Kate’s University, Saint Paul, MN. Group exhibitions include the Flag Foundation of Art, NY, Napoleon in Philadelphia and Jenkins Johnson Gallery in Brooklyn, NY. Kent is a recipient of the 2016 McKnight Fellowship for Visual Arts; 2015 Pollock-Krasner Foundation Grant; and a 2009 Jerome Fellowship in Fine Art. She is a current Fellow at Shandaken Projects Paint School, New York, the co-founder of Bindery Projects, Minneapolis, and her work is in the permanent collections of the Walker Art Center, Minneapolis, and Macalester College, Saint Paul, MN.

Iván Krassoievitch (Mexico City, 1980). His work takes off from the personal anecdote and the autobiographical story where the appropriation of images and objects turns into gestures that lead the spectator –sometimes through humor– to reflect on the lack of autonomy in regard to certain actions, chance, and the absurdity of daily life. He graduated in Industrial Design in 2000, after which he attended the education program of Soma between 2011 and 2013 (Mexico, D.F.). He has held solo exhibitions since 2005 Tired, Hungry, Horny, Hungover, Happy, Sad & Pissed Off, (2011) at Garash Galería, Mexico, D.F.; Protección contra el Destino y otros interesantes títulos de la colección (Protection against Destiny and other interesting titles of the collection)(2013) at Galería Machete; ¡Señor! ¿Qué es la Vida? (Lord! What is life?) at Cuarto de proyectos Soma, Mexico, D.F.; Mar de fondo (Groundswell) (2015) at Galería Machete and, more recently, the public sculpture Las bananas son un ejemplo (Bananas are an example) (2016) at the gardens of Casa del Lago, which will remain on exhibition until 2019.

Emilio Rojas is a multidisciplinary artist working primarily with the body in performance, using video, photography, installation, public interventions, writing, and sculpture. He holds an MFA in Performance from SAIC and a BFA in Film from Emily Carr University in Vancouver, Canada. Rojas  identifies as a NAFTA baby, (born in Mexico City, spent his formative artistic years in Canada, and currently based in Chicago). As a queer latinx immigrant with indigenous heritage it is essential to his practice to engage in the postcolonial ethical imperative to uncover, investigate, and make visible and audible undervalued or disparaged sites of knowledge, narratives, and individuals. He utilizes his body in a political and critical way, as an instrument to unearth removed traumas, embodied forms of decolonization, migration and poetics of space. His research based practice is heavily influenced  by queer and feminist archives, border politics, botanical colonialism, and defaced monuments. His works have been exhibited in the US, Mexico, Canada, Japan, Austria, England, Greece, France, Germany, Italy, Spain and Australia. Besides his artistic practice, Emilio is also a translator, community activist, yoga teacher, and anti-oppression facilitator with queer, migrant and refugee youth. Galeria Jose de la Fuente in Santander, Spain and Gallleriapiú in Bologna, Italy currently represent Rojas’s work.

Tamara Becerra Valdez (Corpus Christi, Texas, 1984) uses photography, video, and drawing alongside an adoption of methods in archaeology and ethnography to consider how historical topographies can be discovered in traces and fragments in the urban social landscape. Through intervening methodologies and chance encounters, she observes the uses, meanings, and functions of discarded materials. The ephemeral nature of human behavior leaves an impression in her work. Valdez earned her Bachelor of Fine Arts in Studio Art with formal studies in Anthropology and Folklore at the University of Texas at Austin in 2008. She has held positions in programming and special collections at the Smithsonian Center for Folklife and Cultural Heritage, Lyndon B. Johnson Presidential Library and Museum, and The Harry Ransom Center. She has worked in field-based, ethnographic projects in Texas, Mississippi, Illinois, and states in México. She is currently completing a Masters in Fine Arts at the University of Illinois at Chicago. As a Graduate Research Fellow at UIC, she is supervising the artistic and creative direction in the collaborative, multi-disciplinary project, “Political Ecology: Platform Chicago”, supported by the Institute for the Humanities (UIC) Humanities Without Walls consortium, and funded by the Andrew W. Mellon Foundation.

The Lit & Luz Festival Began in 2012 (unofficially) with the release of the fully translated—Spanish/English—MAKE Magazine  issue 13, “Intercambio/Exchange.” In 2014 the Lit & Luz Festival was launched from those pages and ever since has produced yearly events in Mexico City and Chicago, with writers and artists from Chicago, Mexico, and beyond. MAKE Literary Production’s 5th annual Lit & Luz Festival of Language, Literature, and Art is an ambitious exchange between Mexico City and Chicago. The week-long festival takes place at over a dozen arts venues and universities throughout Chicago, October 13th-20th. The following February, a similar series of events are held in Mexico City. Programs include readings, conversations, and our signature event, the “Live Magazine Show”—which makes its Museum of Contemporary Art debut this year. We are honored to welcome inspiring authors, artists, and arts professionals from Mexico to Chicago. Art and language are key to understanding culture and community, and the cultural exchange between the United States and Mexico. With events such as Lit & Luz, we hope to strengthen the relationship between the two countries, and in particular, to increase the distribution of literature and art from Mexico for Chicago audiences and beyond.