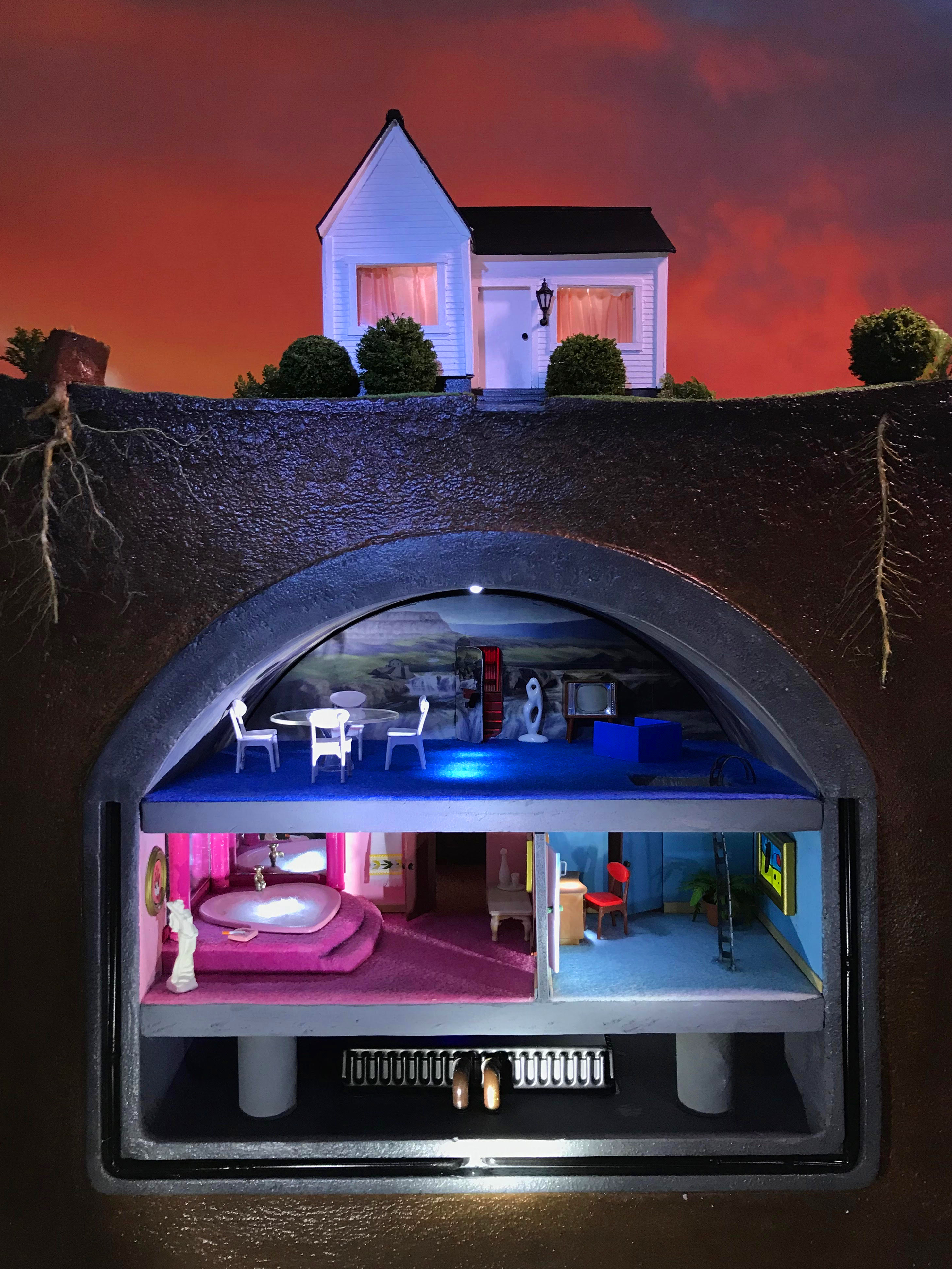 Inflate Yourself or Disappear

Aleia Murawski in the Shoebox Gallery


Inflate Yourself or Disappear is inspired by the strange and ominous architecture of the bunker in the context of the 70s zeitgeist, American capitalism, and geopolitical tensions. Aleia Murawski takes imagery from a 1978 underground luxury home in Las Vegas, Nevada that became popular when images of the bunker surfaced online after a cryonics group called The Society for the Preservation of Near-Extinct Species brought it in 2016. Inflate Yourself or Disappear is Murawski’s reimagining of this Cold War era hideaway, an underground paradise that allows one to escape the potential doom of a catastrophic event within the apparent grandiosity and comfortability of fabricated suburban life. For this project, she creates a miniature that locates the viewer directly in front of a split-view scene: a public home above ground as well as a private, hidden habitat below ground. These two scenes depict a speculative space of safety within an unpredictable world and the possibility of overcoming the chaos of everyday life and human mortality.

Aleia Murawski is a multidisciplinary artist from Chicago focused on making moving image videos and miniature sets. She creates small-scale environments with collaborator Samuel Copeland, that reference domestic scenes, often based off of 80’s or 90’s interiors of American suburbia. They play with scale relationships, often incorporating body parts, food, or bugs into their scenes to break expectations and reveal the artifice of each room.