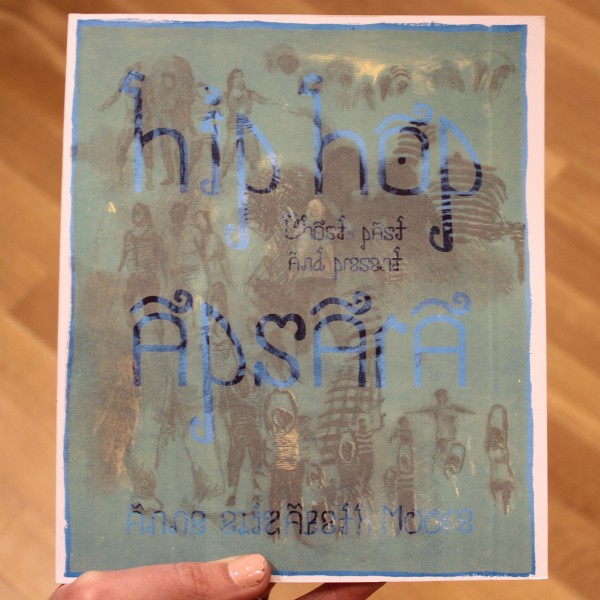 The city of Phnom Penh, Cambodia hosts public dance lessons most nights on a newly revitalized riverfront directly in front of prime minister Hun Sen’s urban home. Shortly before dusk, much of the city gathers to bust a few Apsara moves and learn a couple choreographed hip-hop steps from a slew of attractive young men at the head of each group. Outside the bustling capital city, the provinces come alive, too, as the nation’s only all-girl political rock group sets up concerts that call into question the international garment trade, traditional gender roles, and agriculture under globalization. Cambodia is changing: not what it once was, not yet what it will be.

A series of essays complement the imagery, investigating the relationship between public and private space, mourning and memory, tradition and economic development. It is a document of a nation caught between states of being, yet still deeply affecting. Includes silk screen covers by Angee Lennard.