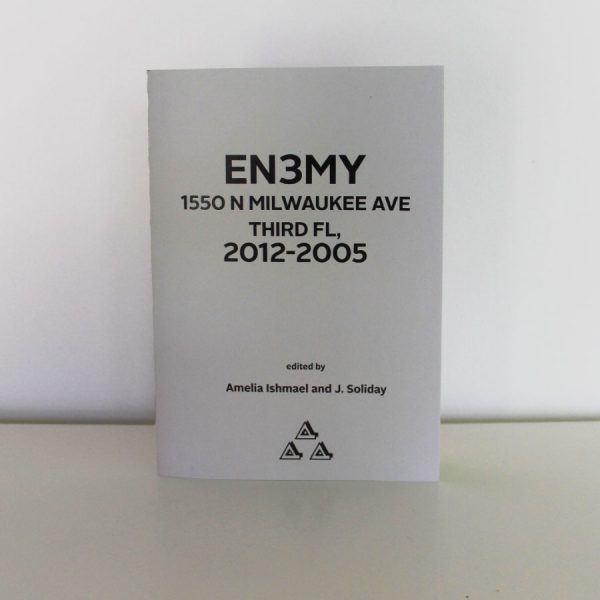 EN3MY: 1550 N Milwaukee Ave., Third Fl., 2012-2005 archives all of the performances that occurred at the Chicago underground Noise venue Enemy, from its beginning in 2005 until its ending in 2012. The sounds, community, and environment of Enemy had a significant influence on the curator’s vision for this exhibition, and so this limited-edition publication, printed by Holon (an imprint of The Green Lantern Press) was conceived as a sort of love-letter to the artists who laid the groundwork here. The list is a collaboration between the Amelia Ishmael and Enemy’s founder J. Soliday. It was released in conjunction with Ishmael’s curatorial project, Bleeding Black Noise.