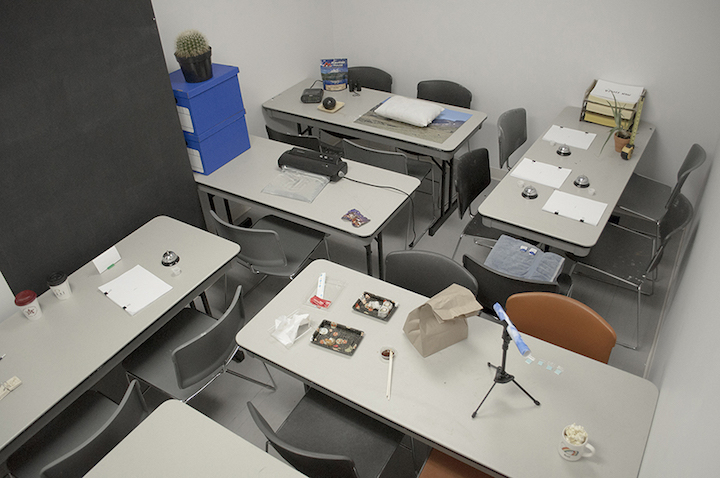 A Rule By Nobody

Curated by Third Object for the Sector Project Space

The Green Lantern Press is pleased to announce its Fall 2016 Curatorial Residency was awarded to Third Object, for the group exhibition, A Rule By Nobody

A Rule By Nobody is an exploration of the boredoms, frustrations and pleasures of bureaucratic routines. Drawing its title from Hannah Arendt’s definition of bureaucracy, the exhibition takes the bored energy of office labor and channels it into a multipart dive into the sublimely overflowing inbox, the inky warm Xerox room, the balled up wads of red tape, and the moments of escape that punctuate the droning beige sameness of nine to five.

The show is composed of a two-part group exhibition in Sector 2337’s rear project space, a video screening, a live performance, and a printed publication.

A Rule by Nobody is organized by Third Object, a roving curatorial collective based in Chicago. Recent exhibitions include Slow Stretch, Mana Contemporary Chicago; Satellites, The Franklin; Were the Eye Not Sunlike, ACRETV and Fernwey; and Mossy Cloak, Roots and Culture. Third Object is Ann Meisinger, Raven Munsell, and Gan Uyeda.